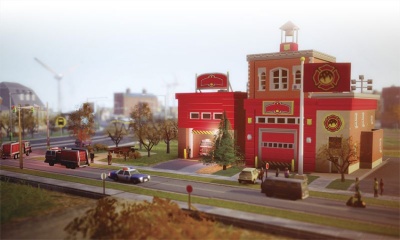 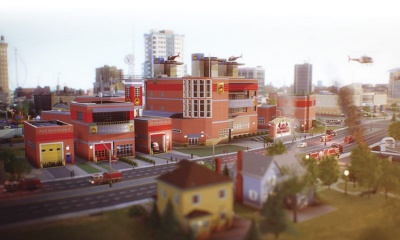 Fires can devastate a booming city. If a burning building is untreated, it will not only burn down but also spread fire to nearby buildings. Fire stations can be built to combat the threat of fire.

The fire station sends out fire trucks with fire fighters to the location of fire. Fire fighters will attempt to extinguish the the fire. Additional fire truck garages can be added to combat more fires.

The large fire station provides everything a large city needs for fire suppression and prevention. The Fire Marshal Office module summons a fire marshal who goes around the city and inspects buildings for fire hazard. Inspected buildings are immune to fire for the next few days. The Hazmat Garage calls upon specialized hazmat truck is able to extinguish hazmat fires (green fires) in heavy industrial areas.